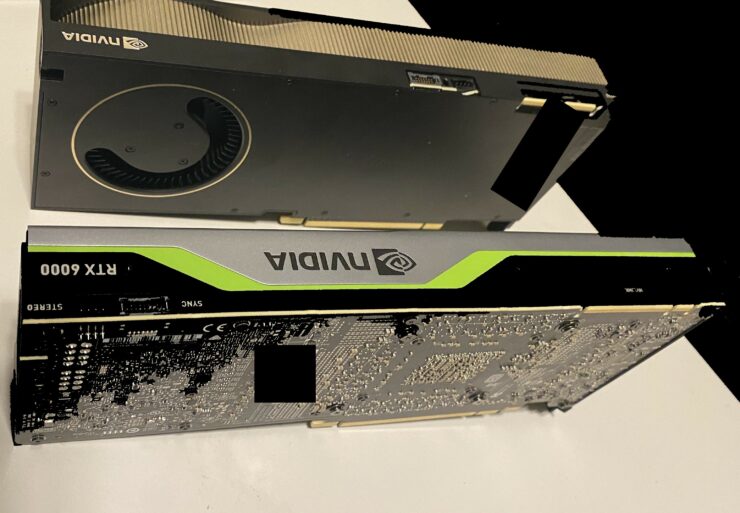 After leaking out the specifications of NVIDIA’s Next-Gen Ampere based Quadro RTX graphics card, Moore’s Law Is Dead is back with new information that comes in the form of a picture of the GA102 powered card itself.

As per the leaked pictures, the NVIDIA Quadro RTX (Ampere) graphics card looks very similar to NVIDIA’s A100 PCIe graphics card. It features a similar champagne gold colored shroud but the main difference is that while the A100 comes with a passively cooled design, the Quadro RTX is going to feature active cooling in the form of a blower-style cooler.

The card seems to be a dual-slot design with NVLINK 2.0 ports at the front of the PCB. The most interesting thing about the cooler is that it does form a singular unit that also covers the back-side of the PCB but the back-side features a large cut-out for the blower fan to push air out through. It looks like the card will also make use of a shorter PCB, similar to either the reference one or the V-shaped design that we got to see on the Founders Edition cards. 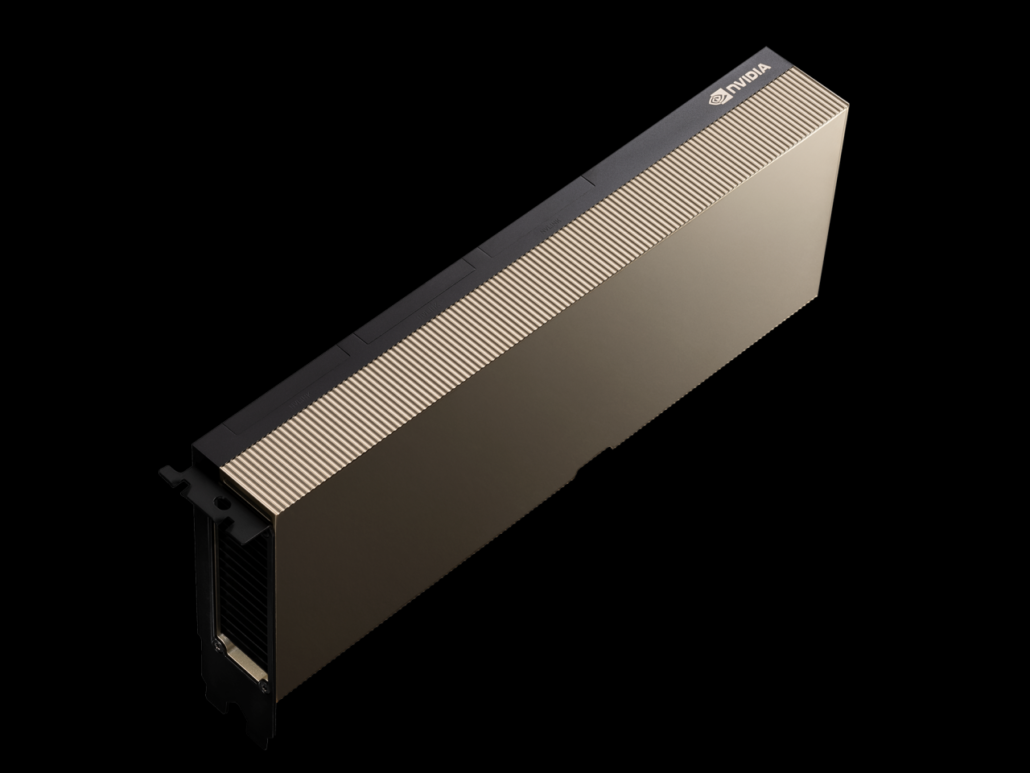 The NVIDIA Quadro RTX lineup was first introduced with Turing GPUs and will soon be upgraded to the new Ampere graphics architecture. In a tweet by Moore’s Law is Dead (via Videocardz), he says that the picture is for a next-generation Quadro RTX graphics card which features the full-fat GA102 GPU.

The leaked image that we are looking at is from the NVIDIA Control Panel which lists down several key specifications of the card itself. Moore’s Law is Dead states that the card will be known as the Quadro Q6000 whereas Kopite7kimi suggests the card could probably go by as Quadro RTX A6000. So we would just assume that the naming of the card is mere speculation and we will wait for more concrete information.

Custom NVIDIA GeForce RTX 3090 Graphics Cards Are Going To Be A Whole Lot Expensive, Retailers List Variants Up To $1799 US

Even bigger Ampere cards are coming, and I have pics… pic.twitter.com/XxQK29eQ9i

The specifications list down 10752 CUDA Cores which are arranged in 84 SMs. This is the full-fat Ampere GA102 GPU we are looking at which should be faster than the GeForce RTX 3090 since it packs 2% more cores however it would mostly depend on the clock speeds the card runs at. The Quadro RTX A6000 operates at a boost clock of 1860 MHz which should equal around 40 TFLOPs of Compute horsepower.

In terms of memory, the card will feature a total of 48 GB of GDDR6 memory running across a 384-bit wide bus interface. This should equal a total bandwidth of 768 GB/s. Now the bandwidth is still lower than the NVIDIA GeForce RTX 3090 which should be hitting almost 936 GB/s since it utilizes GDDR6X memory dies.

It is definitely an interesting choice and could mean that we might end up seeing the GDDR6X implementation next year with a higher-end Quadro SKU since higher-density GDDR6X chips will be going in mass production in early 2021. There are also talks about a new Titan variant coming soon but we don’t have any specifics. As for the launch, the Quadro RTX (Ampere) graphics card is expected to be unveiled on 5th October with availability soon after.