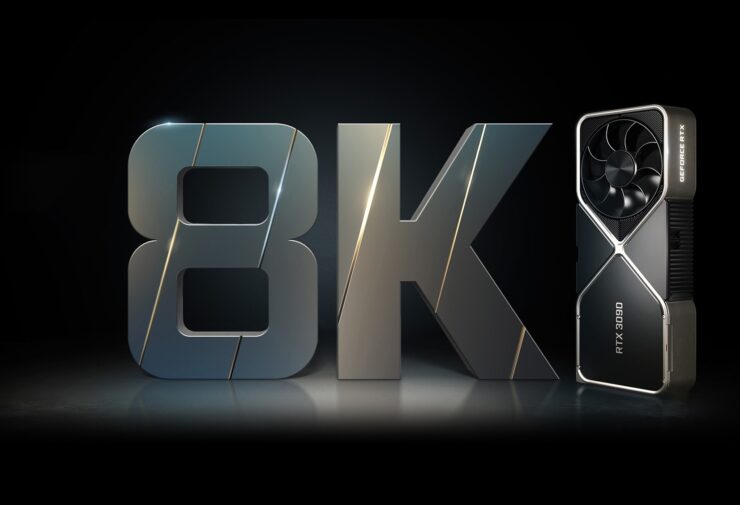 NVIDIA GeForce RTX 3090 Is 10-15% Faster Than The GeForce RTX 3080 On Average in 4K Gaming – Designed As A Prosumer-Class Product, Expect Limited Availability on Launch

In their GeForce blog, NVIDIA states that the GeForce RTX 3090 is termed as “BFGPU” because it’s not just a traditional gaming-oriented graphics card. Since its unveiling, the GeForce RTX 3090 has been seen as a Titan replacement which is evident from its specifications and market positioning.

According to NVIDIA, the GeForce RTX 3090 will appeal to the most demanding users and that’s not just gamers but also professionals and content creators who will use the massive horsepower the card has to offer to power data science, AI research and also supplement its rendering prowess to render next-generation cinematics and movies. As for gaming, the GeForce RTX 3090 is stated to be the first 8K-capable graphics card. Sure there have been cards before that were able to run games at 8K before but the GeForce RTX 3090 can actually deliver a playable frame-rate at the resolution in several titles.

Finally, NVIDIA has stated in advance that the GeForce RTX 3090 will be available in very limited quantities at launch and that they are working with their partners to increase the supply in the weeks to come. The card will have several custom variants available at launch but the quantities would be lower and we can expect a repeat of what happened during the GeForce RTX 3080’s launch day.

Since we built GeForce RTX 3090 for a unique group of users, like the TITAN RTX before it, we want to apologise upfront that this will be in limited supply on launch day. We know this is frustrating, and we’re working with our partners to increase the supply in the weeks to come. via NVIDIA

Meanwhile, NVIDIA gave a certain few TechTubers the chance to showcase the gaming potential of the card early-on. Videos from LinusTechTips and MKBHD were posted yesterday which were fully sponsored by NVIDIA to showcase how the card performs in 8K using an LG’s Signature ZX 88 inch TV. You can see the videos below:

The NVIDIA GeForce RTX 3090 will be launching to consumers on the 24th of September, 2020, or tomorrow. The reference Founders Edition variant will cost $1499 US. The NVIDIA RTX 3090 will feature a price of $1499 (MSRP) however custom models will vary depending on their design and the extra horse-power that they have to offer.

The GeForce RTX 3090 being the flagship is up to 50% faster than the NVIDIA Titan RTX which is just insane amounts of performance for this flagship BFGPU & is made for up to 8K resolution gaming. Expect our Founders Edition and custom GeForce RTX 3090 graphics card reviews tomorrow when the embargo lifts.