As per the latest schedule, the NVIDIA GeForce RTX 3070 would now be available for retail on the 29th of October. This is almost a 2 weeks delay compared to the previous launch day of 15th. The NVIDIA GeForce RTX 3070 specifications and prices remain unchanged but it looks like users who were planning to get the GeForce RTX 3070 graphics card on launch should now just wait to see what competition has to offer as AMD’s Radeon RX 6000 series would be unveiled just a day prior to the retail launch. 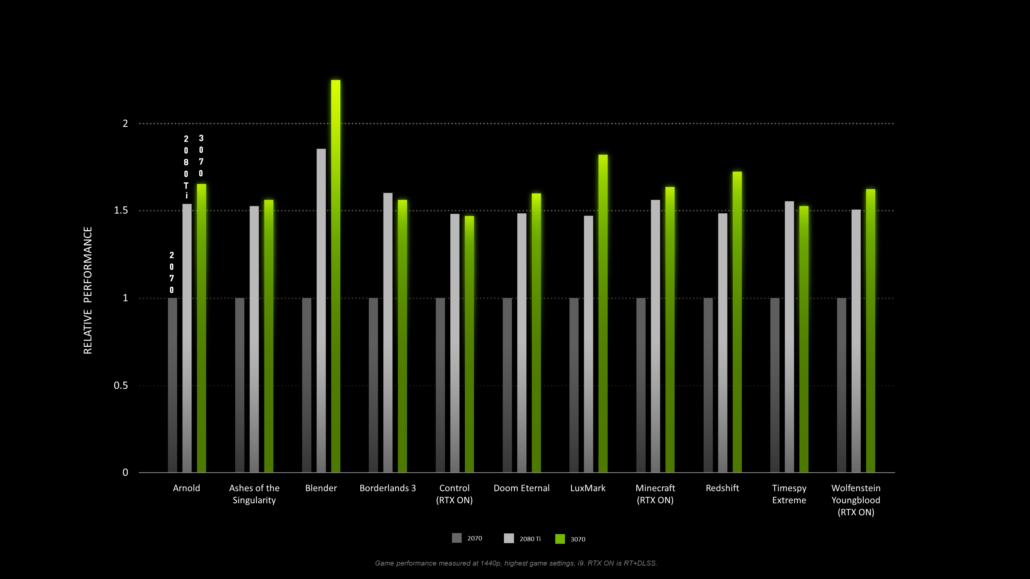 Production of GeForce RTX 3070 graphics cards are ramping quickly. We’ve heard from many of you that there should be more cards available on launch day. To help make that happen, we are updating the availability date to Thursday, October 29th.

We know this may be disappointing to those eager to purchase a GeForce RTX 3070 as soon as possible, however this shift will help our global partners get more graphics cards into the hands of gamers on launch day.

At the heart of the NVIDIA GeForce RTX 3070 graphics card lies the GA104 GPU. The GA104 is one of the many Ampere GPUs that we will be getting on the gaming segment. The GA104 GPU is the second-fastest Ampere chip in the stack. The GPU is based on Samsung’s 8nm (N8) process node. The GPU measures at 392.5mm2 and features 17.4 Billion transistors which are almost 93% of the transistors featured on the TU102 GPU. At the same time, the GA104 GPU is almost half the size of the TU102 GPU which is an insane amount of density.

For the GeForce RTX 3070, NVIDIA has enabled a total of 46 SM units on its flagship which results in a total of 5888 CUDA cores. In addition to the CUDA cores, NVIDIA’s GeForce RTX 3070 also comes packed with next-generation RT (Ray-Tracing) cores, Tensor cores, and brand new SM or streaming multi-processor units.

In terms of memory, the GeForce RTX 3070 features 8 GB of GDDR6 memory. The GeForce RTX 3070 comes with memory at speeds of 14 Gbps. That along with a full uncut bus interface of 256-bit will deliver a cumulative bandwidth of 448 Gbps. The NVIDIA GeForce RTX 3070 will be powered by a single 12-pin Micro-Fit 3.0 connector. As for pricing, the Founders Edition will hit retail at $499 US while custom models would cost either the same or come at a premium price point.