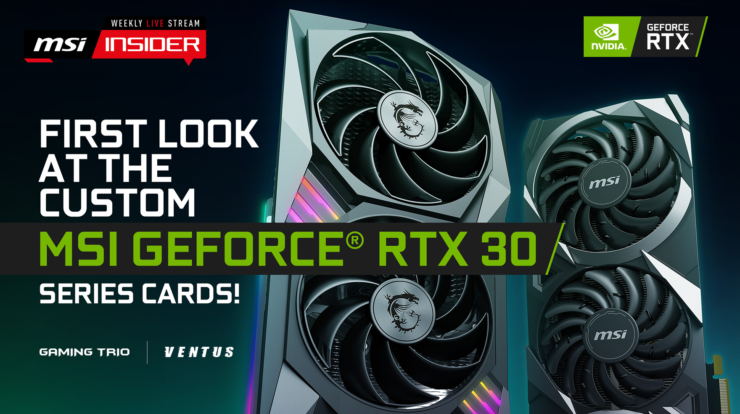 A subsidiary of MSI was recently caught selling RTX 3080s at almost twice the MSRP by an eagle eyed reddit user and the company has officially responded to the incident. MSI RTX 3080 GAMING X TRIOs were being sold for almost $1359 and according to ebay stats, 4 users had purchased the GPUs at those prices. MSI came under fire when people realized the company selling the cards was owned by them and this is their official response.

Ever since launch, the RTX series has been hard to find. Not only did the series go completely out of stock on launch day (due to bots buying up all the GPUs) but the company hasn’t been able to ensure a steady supply of them since. According to our sources, this is because NVIDIA was not entirely happy with Samsung’s initial yields and did not order too large a quantity. That said, yields are significantly better now and the new volume shipment should be hitting the markets before the year is over or early 2021 at the latest. This has created the perfect atmosphere for price manipulation and gouging and it is particularly egregious that an AIB has been caught in this type of activity (albeit through their subsidiary). The listing on ebay has since been removed:

The eagle-eyed reddit user quickly tied the company selling the cards (called starlit partner) to MSI by tracking down the ownership information: 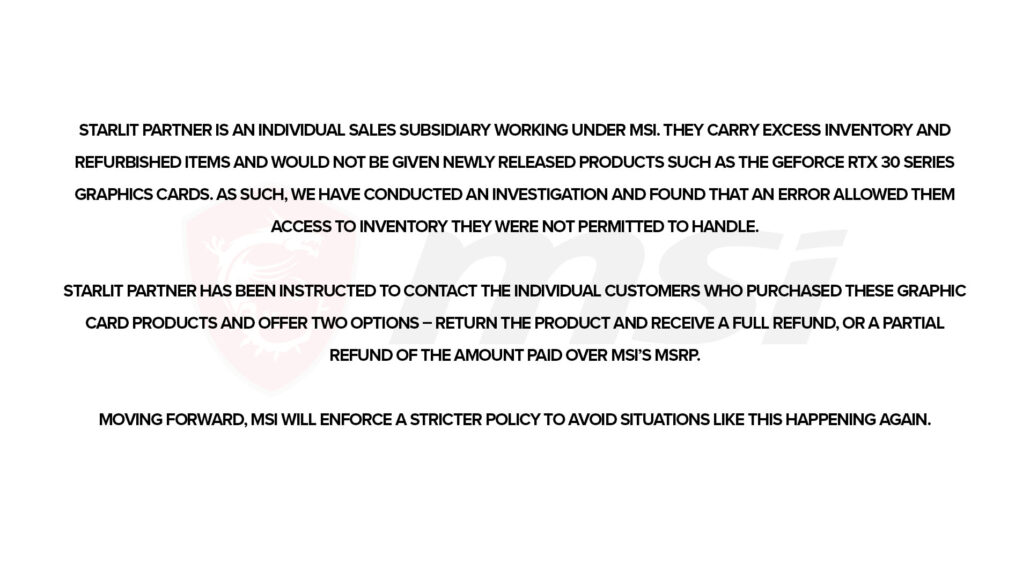 MSI is claiming that Starlit Partner is an “individual” subsidiary and its as not supposed to have access to the RTX 3080 stock. While it is possible that MSI HQ had no idea of this, an individual entity here makes no difference as the company is technically wholly owned by MSI and therefore part of their extended corporate shell. Still, it is nice to see them offer full refunds or partial refunds to the 4 or so customers that bought the cards. It is a pity too – because if customers had known that MSI would be handing out refunds, I am pretty sure more would have bought up the RTX 3080 GPUs.

What do you think of MSI’s response?