Several GeForce RTX 30 series custom models which include the RTX 3090, RTX 3080 & RTX 3070 graphics cards from Gigabyte have been pictured. These include new variants that were not yet revealed by the company themselves and offer some unique aesthetics for each specific variant.

The lineup is specific to Gigabyte’s own designs and not the AORUS variants that are planned for a later launch. There are at least two new GeForce RTX 3090 and GeForce RTX 3080 models aside of the ones we saw at launch and two GeForce RTX 3070 custom graphics cards have been unveiled too.

The Gigabyte GeForce RTX 3090 Turbo is the most reference designed card we have seen yet from any manufacturer. It seems to feature the reference PCB and should also feature standard clocks as there is no mention of an OC oriented design for this variant. The GeForce RTX 3090 Turbo will ship within the 350W TDP and feature a dual-slot design that is accompanied by a blower styled-cooler. 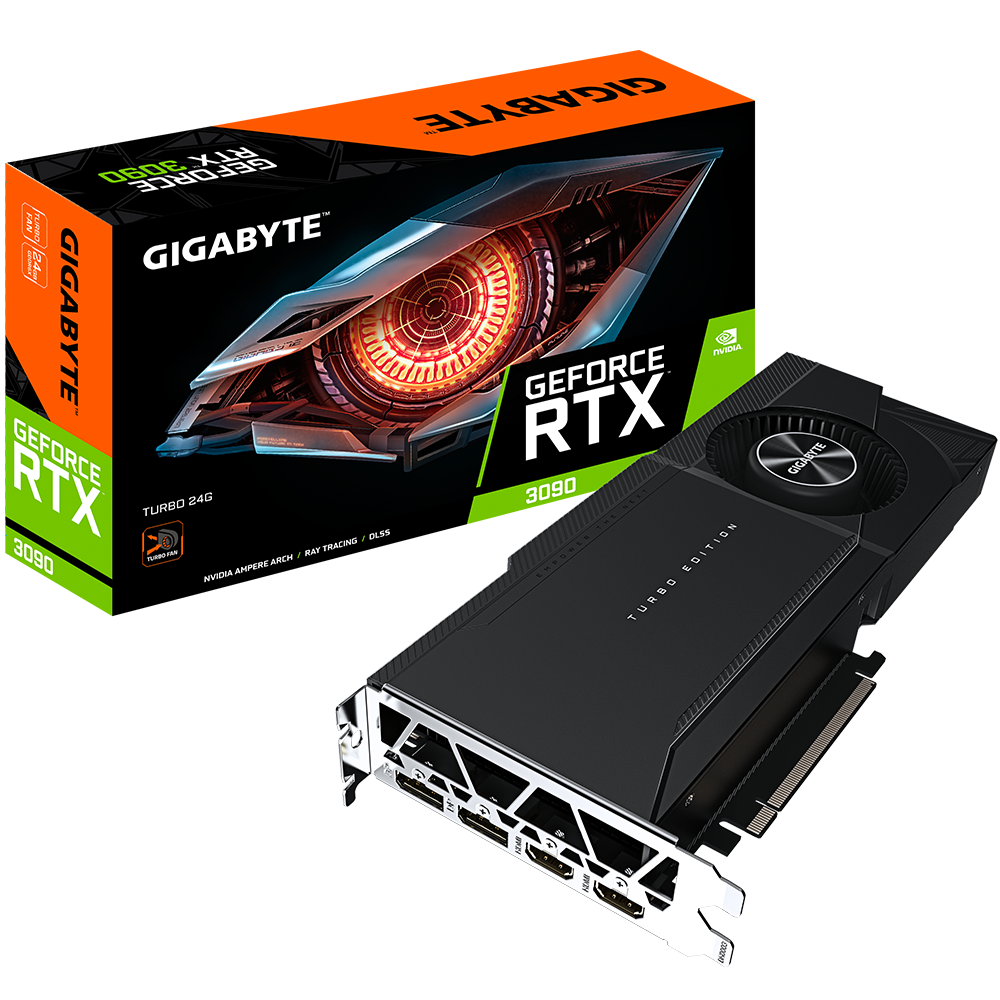 The card features a standard matte black shroud and a large fan can be seen at the back which pushes air out of the exhaust vent. Gigabyte does include a backplate and display options include two HDMI 2.1 and two DP 1.4 ports. The card features a solid heatsink block underneath the card shroud. From the looks of it, this variant could become a big hit for the majority of users who plan to liquid cool the fastest Ampere graphics card.

There are several Water blocks released for the reference RTX 3090 and RTX 3080 PCBs and you can simply slam one on this card without worrying about compatibility. The pricing of this variant should be the same as the reference MSRP fo $1499 US.

The Gigabyte GeForce RTX 3080 Vision is probably the first card in the Vision series branding. Gigabyte introduced the Vision branding first with its Z490 line of motherboards and has since captured the interest of consumers due to its white and silver-colored aesthetics which look great on modern PC builds. 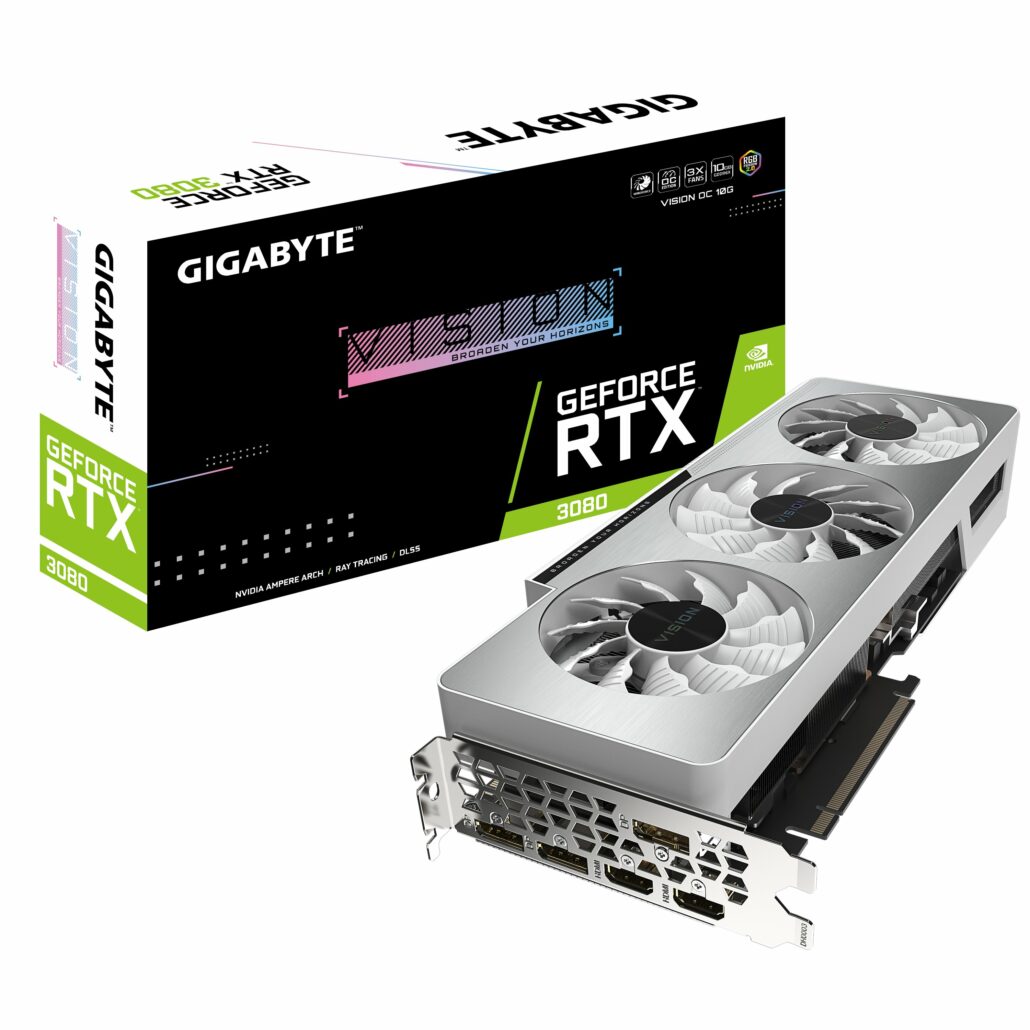 The variant comes with a 2.5 slot design and a triple-fan cooler that extends beyond the PCB of the card. the GeForce RTX 3080 Vision has a slightly wider PCB and features two 8-pin connectors that are extended via an adapter connected to the main PCB. This is a nice solution so that the power connectors don’t end up in the middle of the card hence obstructing cable management.

The back of the card comes with a solid metal backplate and has cutouts at the back to let air flow through. Display options on the card include three DP 1.4 and two HDMI 2.1 ports.

Starting with the GeForce RTX 3070 Gaming, the graphics card features a 2.25 slot design with a triple-fan cooling solution. the cooling solution is made up of three 80mm fans and comes with RGB LEDs on the side of the shroud. There’s a solid metal backplate and the cooler shroud extends beyond the PCB with a length of 28.6 cm while being 11 cm wide. The card features the standard display configuration of 3 DP and 1 HDMI 2.1 ports.

The Eagle OC is similar in all aspects but has a different shroud which looks great in its own right. You can note that even the cooling solution used on the Eagle card is the same as the Gaming variant. The clock speeds for the mentioned cards are not known yet but we will try to find more info on them.