In addition to its highly anticipated Ryzen 5000 Desktop CPU launch, AMD also gave us the first tease at the performance of its next-generation Radeon RX 6000 Series “Big Navi” graphics card. The GPU was shown running a few select titles at 4K resolution and the performance definitely looks promising.

AMD’s CEO, Dr. Lisa Su, not only gave us a good look at the massive triple-slot flagship which she referred to as the Big Navi graphics card but also showed us a few benchmarks of the card running at highest possible settings with 4K resolution.

The titles include Borderlands 3 (DirectX 12 Badass Quality), Call of Duty: Modern Warfare (DirectX 12 Ultra Quality), and Gears of Wars 5 (DirectX 12 Ultra Quality). In all three titles, the Big Navi card delivers a buttery smooth 60+ FPS as per the benchmarks demonstrated by AMD. AMD used their own Ryzen 5000 Desktop CPUs to run the benchmarks and its great to see that AMD has a solution for gamers that will be offering top-notch performance later this fall. 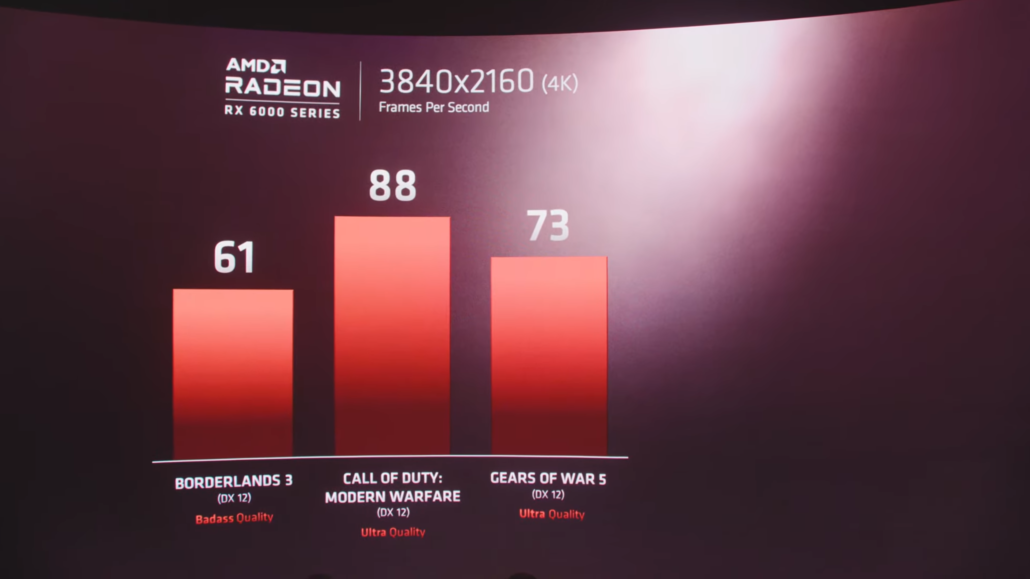 As for the designs themselves, the Radeon RX 6000 flagship cooling design looks amazing with the red and black design. The card features a triple axial-tech fan setup on the shroud and has a large aluminum heatsink that runs beneath it. The card has a LED-lit Radeon logo on the side and there is a large cut out on the side for the fans to vent out hot air. This design is very reminiscent of the NVIDIA GeForce RTX 20 series Founders Edition cooler. The card will feature dual 8-pin power and display ports would include a USB Type-C (VirtualLink), 1 HDMI, and 2 DisplayPort connectors.

The card also features a fancy backplate along with a retention bracket to hold the cooler in place. The Radeon RX “Big Navi” GPU looks like it will come in the standard 2-slot reference design which is the same as NVIDIA’s flagship RTX 3080 but not as huge as the triple-slot GeForce RTX 3090.

Moving over to the second variant, the dual-slot card features a design similar to the triple-slot offering but with a slightly compact form factor. This shroud is said to be designed for the AMD Radeon RX 6800 or Radeon RX 6700 series cards. The card features a dual axial-tech fan design and has the large “R” logo in the middle and on the fans too which represent the Radeon brand.

The card also features the LED-lit Radeon logo on the sides and has the large cut out to vent out the heat from the aluminum heatsink. There are two 8-pin power connectors on the card but we may also see 8+6 or configurations for the more power optimized variants. The card also comes with a dual-slot form factor and should feature a similar I/O as the Big Navi graphics card. It is expected that this cooler should house the Navi 22 GPU which is slightly smaller but still larger compared to AMD’s Navi 10 (RDNA 1) GPU for the Radeon RX 5700 series graphics cards. 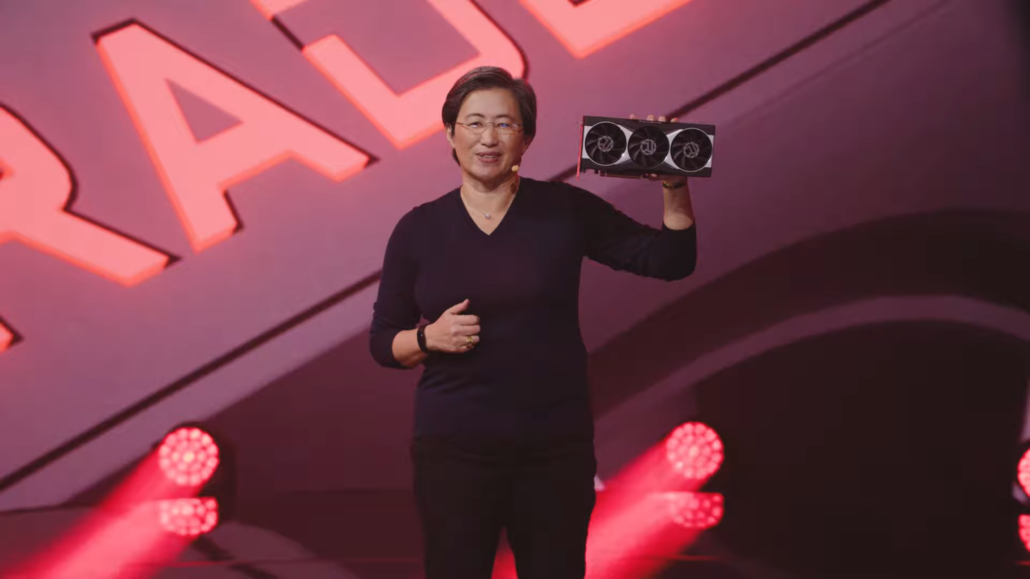